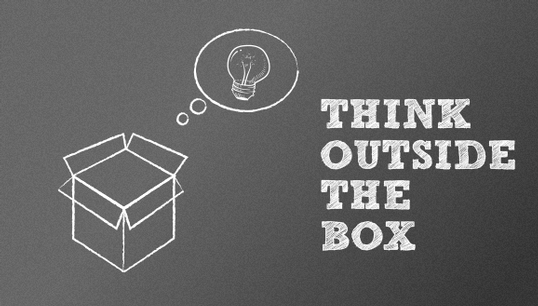 Don’t be a Catholic and don’t be a communist, just be a human being. These are all poisons, these are all prejudices. And down the ages you. We been hypnotized into these prejudices. They have become part of your blood, your bones, your very marrow. You will have to be very alert to get rid of all this poisoning.

Your body is not poisoned as much as your mind is. The body is a simple phenomenon, it can be easily cleaned. If you have been eating nonvegetarian foods it can be stopped, it is not such a big deal. And if you stop eating meat, within three months your body will be completely free of all the poisons created by nonvegetarian foods. It is simple. Physiology is not very complicated. But the problem arises with psychology. A Jaina monk never eats any poisoned food, never eats anything nonvegetarian. But his mind is polluted and poisoned by Jainism as nobody else’s is. The real freedom is freedom from any ideology. Can’t you simply live without any ideology? Is an ideology needed? Why is an ideology needed so much? It is needed because it helps you to remain stupid, it is needed because it helps you to remain unintelligent. It is needed because it supplies you ready-made answers and you need not find them on your own. The real man of intelligence will not cling to any ideology—for what? He will not carry a load of ready-made answers. He knows that he has enough intelligence so that whatever situation arises, he will be able to respond to it. Why carry an unnecessary load from the past? What is the point of carrying it? And in fact the more you carry from the past, the less you will be able to respond to the present, because the present is not a repetition of the past, it is always new—always, always new. It is never the old; it may sometimes appear like the old, but it is not old, there are basic differences. Life never repeats itself. It is always fresh, always new, always growing, always exploring, always moving into new adventures. Your old ready-made answers are not going to help you. In fact they will hinder you; they will not allow you to see the new situation. The situation will be new, and the answer will be old. That’s why you look so stupid in life. But to remain stupid seems cheaper. To be intelligent needs effort, to be intelligent means you have to grow. And growth is painful. To be intelligent means you have to be continuously alert and aware; you cannot fall asleep, you cannot live like a somnambulist. And to be intelligent has a few more dangers, too. To be intelligent is very difficult because you have to live with the stupid crowds. To live with blind people and have eyes is a dangerous situation; they are bound to destroy your eyes. They cannot tolerate you, you are an offense. Hence Jesus is crucified, Socrates is poisoned, Al-Hillaj is killed, Sarmad is be headed. These were the most intelligent people that have ever walked on the earth, and how have we behaved with them? Why did a man of the intelligence of Socrates have to be killed? He became intolerable. His presence became such an offense. To look into his eyes meant to look in the mirror. And we are so ugly that rather than accepting the fact that we are ugly, the easier course is to destroy the mirror and forget all about your ugliness, and start living again in the old dream that you are the most beautiful person in the world. We destroyed Socrates because he was a mirror. Hence people have decided it is better to remain mediocre, it is better to remain unintelligent.

Just the other day, I was reading a report. A few psychologists in England have discovered that by the time great politicians reach the highest posts, their intelligence is already withering away. Just think of a man of eighty-four becoming a prime minister! Those psychologists have warned the whole world that this is dangerous. People who have gone beyond the age of sixty, seventy, eighty, they become prime ministers and presidents. This is dangerous for the world because they have so much power and so little intelligence left. But those psychologists are not aware of another thing that I would like to tell you. In fact those people are chosen to be prime ministers and presidents because they are no longer intelligent. People don’t like intelligent persons. People like people who look like them, who are like them; they feel they are not strangers. Intelligent people will be strangers. I can’t think of any country that could choose Socrates to be the prime minister—impossible. He is so different, his approach to life is so different, his insight into things is so deep. No country could afford it, or no country could be so courageous as to make him the prime minister because he would bring chaos. He would start changing each and every thing, because each and every thing needs to be changed.

This rotten society has to be destroyed completely; only then can a new society be created. Renovation is not going to help. We have been renovating the same old ruins for centuries. No more props, no more renovations, no more whitewash! All that is needed is to demolish it, and let us create a new society.

My dear friends! After any workshop or seminar each of you have a high level of energy. Thanks to spiritual practices   END_OF_DOCUMENT_TOKEN_TO_BE_REPLACED

Once Master told me a riddle. He asked: “Think what you can do to make your life become better in all directions. You   END_OF_DOCUMENT_TOKEN_TO_BE_REPLACED